FellowTravelers :: Other Stuff :: Everything Else

Seven rent-to-own companies and a software developer have settled federal charges that they used spyware to monitor the locations, passwords, and other intimate details of more than 420,000 customers who leased computers.

The software, known as PC Rental Agent, was developed by Pennsylvania-based DesignerWare. It was licensed by more than 1,617 rent-to-own stores in the US, Canada, and Australia to report the physical location of rented PCs. A feature known as Detective Mode also allowed licensees to surreptitiously monitor the activities of computer users. Managers of rent-to-own stores could use the feature to turn on webcams so anyone in front of the machine would secretly be recorded. Managers could also use the software to log keystrokes and take screen captures.

"In numerous instances, data gathered by Detective Mode has revealed private, confidential, and personal details about the computer user," officials with the Federal Trade Commission wrote in a civil complaint filed earlier this year. "For example, keystroke logs have displayed usernames and passwords for access to e-mail accounts, social media websites, and financial institutions."

PC Rental Agent also had the capability to display fake registration pages for Microsoft Windows, Internet Explorer, Microsoft Office, and Yahoo Messenger. When customers entered their names, addresses, and other personal information in the forms, the data was sent to DesignerWare servers and then e-mailed to the rent-to-own licensees.

Under the proposed settlement, the defendants agreed to curb data-collecting software on rental PCs and also to stop using deception to gather any information from consumers. The settlement is subject to public comment for 30 days, after which the FTC will decide whether to make it final.

Ars previously reported on the spyware operation in May.

I hope none of you guys have actually bought a computer this way, but I imagine you may know someone who has. The punishment is essentially a slap on the wrist for these guys, so the public needs to comment to the FTC and maybe see about having local government file a criminal case. Privacy issues like this are a big deal in states like Alaska, and they'd be slammed for doing it here.

Re: RTO computer shops have been spying on you if you've shopped there

Wow, thanks for the info. Glad I buy my PCs from the manufacturer and not rent-to-own 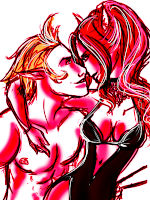 FellowTravelers :: Other Stuff :: Everything Else